Dismissed for decades as a postindustrial wasteland, Sterling Road, a zigzagging half-mile strip of old factories and warehouses, is getting a second life. Last summer, the North American debut of a splashy Banksy exhibition in an empty warehouse there drew a global spotlight. With the arrival of Toronto’s Museum of Contemporary Art (MOCA) last fall, Sterling Road is newly hip, its appeal broadening beyond the small cadre of tuned-in artists and bohemian types who for years have had it to themselves. The street’s cavernous structures have also quickly become hot real estate.

While creative entrepreneurs with trendy food spots and boutiques are descending on the road on Toronto’s West Side, the area’s rapid gentrification is jolting locals and even some newcomers into action.

“Artists are the magic of Sterling Road, and their success is our success,” said Steve Himel, a craft brewer who joined with neighbors as well as museum leaders in a coalition called On Sterling to “empower people who were already here. We all have to put the neighborhood first.”

But for Jeff Stober, a former tech executive who has developed some of Toronto’s buzziest hotels, restaurants and retail spaces as part of his Drake brand, Sterling Road’s emergence couldn’t come fast enough.

“It’s like Brooklyn — great bones, great old manufacturing buildings, and a great history of artists,” said Mr. Stober, whose Sterling Road restaurant, Drake Commissary, became a scene soon after it opened in a huge former pickle factory in June 2017. “The transformation’s overdue.” He had earlier developed the artsy Drake hotel, a former flophouse turned boutique hotel after a multimillion-dollar renovation. The hotel opened in 2004 about a mile and a half away in another district, Queen Street West.

Situated in an area that more than a century ago was a manufacturing hub for everything from ketchup to cars, Drake Commissary serves comfort food that includes duck-liver pâté and beef tartare sandwiches, and has seen “upticks” in business since MOCA opened rather than a surge of customers, he said. “But we’re looking at the long-term horizon.”

The Fitzroy, a Rent the Runway-style dress-rental retailer that relocated to Sterling Road in December, is also betting on the street’s future. “It’s an area that feels like it’s on the edge of something, about to blow up,” said Angela Pastor, a co-founder. “It’s not yet overexposed or over overpriced, and it feels like anyone doing anything cool is coming here.” 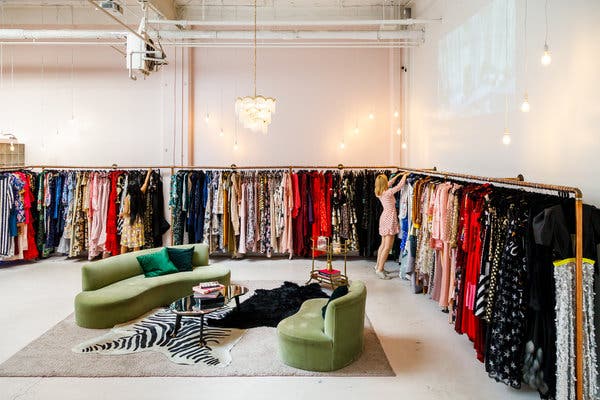 Sterling Road’s earliest adopters are also reaping dividends from the street’s new profile. The independent Canadian publisher, House of Anansi Press, whose titles include best sellers like Behrouz Boochani’s prizewinning 2019 memoir, “No Friend But the Mountains,” arrived in 2015, transforming a former garage into its headquarters and bookstore. The move proved prescient.

“With Banksy, we saw people come from all over the world,” said Sarah MacLachlan, the president and publisher. “And MOCA shifted everything about how people think of this area.” Sales at the bookstore have grown 40 percent this year over the same period in 2018, she said.

Even bigger changes will come to Sterling Road over the next decade, with plans for a park, day care facilities and affordable housing, according to Lynda Macdonald, the City of Toronto’s director of community planning for the Toronto and East York District, which includes the area. 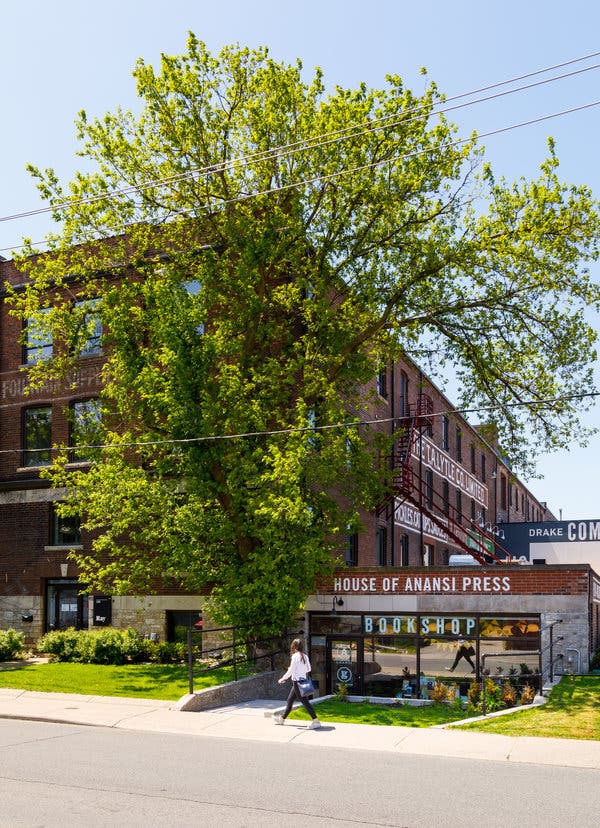 But in a cycle familiar to big urban areas, artists who had quietly colonized the area’s disused factories are feeling the squeeze. They say they are fighting for their future and the neighborhood’s creative atmosphere. Soon after the Museum of Contemporary Art announced its Sterling Road location in 2016, landlords were quick to start hiking rents, and many artisans fled. Some, though, are fighting back.

“I love living in a hip neighborhood, but rents in the building next door have gone up as much as 100 percent since MOCA,” said Angola Murdoch, a 16-year resident who operates the aerialist troupe LookUp Theatre from her high-ceilinged home in a converted 1890 munitions factory. “This amazing co-op woodworking shop, a painter and a metalworker — they all left.” In March, Ms. Murdoch and her neighbors sued their landlord to prevent conversions of their lofts to expensive commercial spaces; they won.

MOCA’s leaders describe the museum as a force for good on Sterling Road. “We want to empower the local art scene, and create a welcoming and accessible hub,” said November Paynter, the museum’s director of programs. “Part of our mission is to be socially and culturally useful.” MOCA’s fourth floor has consistently showcased community groups and local creators, she added. 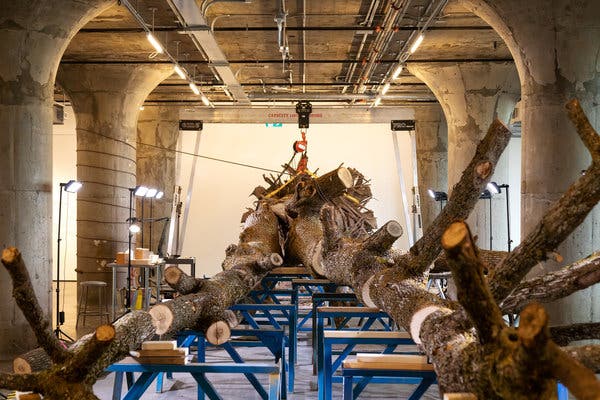 More than 100,000 visitors are expected to visit the museum in its first year, Ms. Paynter said, drawn by boundary-pushing installations like Mark Dion’s The Life of a Dead Tree — “a massive, fully grown, deceased tree, along with its inhabitants” such as insects and lichen, according to exhibition text. Spread across five floors and 55,000 square feet, MOCA’s raw concrete spaces feel tastefully unrefined, thanks to an industrial-inspired design by the Toronto firm architectsAlliance. Art Metropole, a longtime Toronto art-book retailer, occupies space in the airy lobby, along with the fourth location of the Toronto organic bakery, Forno Cultura. “This neighborhood doesn’t have that many public and social spaces,” Ms. Paynter said.

With Sterling Road in the spotlight, even some newcomers realize that it will be a struggle to preserve the street’s character.

“The concern is that we’ll end up with a Burger King and a drugstore and a bank. If we can balance out gentrification, we can set a great example for Toronto and other cities,” said Mr. Himel who opened Henderson Brewing inside an abandoned tent factory in 2016. Sterling Road, he said, “was a wasteland then.”